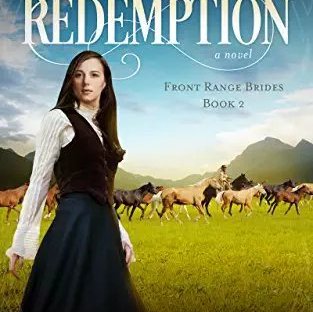 Today’s blog will feature An Unexpected Redemption by Davalynn Spencer. Here’s the blurb.

Abandoned by her faithless husband for the Dakota gold fields, rancher’s daughter Elizabeth Beaumont returns to her hometown determined to prove she’s not the impetuous girl she once was. Armed with a new skill and old determination, she’s intent on making it on her own. Discovering that the new sheriff lives downstairs in the same boarding house wouldn’t be nearly so frustrating if he’d stay out of her affairs, quit calling her Betsy, and stop making her wonder if she could love again.

Sheriff Garrett Wilson’s first attempt at law enforcement cost an innocent bystander his life, so he exchanged his deputy’s badge for a drover’s bedroll. Now he’s back wearing a star in a Front Range cow town, hunting an arsonist and falling for a woman who wants to know the secret behind his deepest scar. He can run again from his painful past, or he can stay and fight for the town that needs him and the woman who’s worked under his skin and into his heart.

I had the honor of reading this book over the past week and it took me in from the very beginning. Before the end of chapter one, I was already laughing out loud and shaking my head at the wild antics of Elizabeth Betsy Parker Beaumont. She’s determined, to say the least. Determined to do things her way, determined to need help from no one – especially if that someone might be a man- and determined to make up for the past six years. Considering herself a failure, Betsy wants to start fresh. She longs to prove that she can make her own way and provide for her own needs. Coming home after a failed marriage leaves her feeling shamed and longing for redemption from those she left behind. The last thing she wants, or needs, is a man like Garrett Wilson and the last thing she expects is to be welcomed with open arms. It seems everyone has forgiven Betsy, everyone except Betsy. Can she forgive herself before it is too late or will she let the chains of the past hold her captive? Sheriff Garrett Wilson is something of an enigma to Betsy. One minute he’s letting his beast of a dog ruin her reticule and the next he’s helping Maggie hang shutters on the boarding house’s windows. What will he do next?

Garrett has no better luck understanding Betsy either. When their first meeting quickly becomes awkward, he’s sure Betsy is nothing more than a stuck up city gal. It will take time, and a lot of effort, to break through the hard shell that Betsy has wrapped around her heart. Garrett will have to decide if Betsy is worth the trouble. He will have to face the fact that he still blames himself for a young man’s death while trying to save the town he is sworn to protect.

I love when characters are flawed, they mimic real life and become personal to me. Both Betsy and Garrett have their problems and that alone kept me reading. Spencer’s ability to turn a phrase and make you feel as though you are walking the dusty streets right alongside the characters make the pages flash by in rapid succession. The plot was never slow or dull and came to a gratifying conclusion. God’s presence was felt throughout the novel while never feeling overwhelming or preachy. You can feel Him leading the lives of Betsy and Garrett with gentle prodding while still giving them the choice to follow.

I look forward to getting my hands on more of Davalynn Spencer’s books. I had noticed myself moving away from Historical Christian Fiction but am now favorably hooked once more. 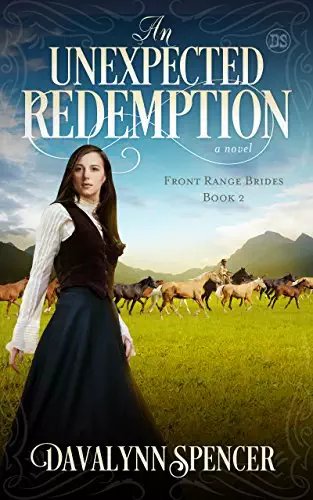 I live in the same small town where I've always been. Someday I hope to travel, but I will always call this place home. I am an indie author who hopes to someday snag a deal with a traditional publisher. I'm a simple person, with a simple life and an imagination that refuses to hush until I write out the life of the characters in my head. I hope you enjoy my books and my blog. I hope I can inspire you to do what you love. Follow your dreams. God bless. View all posts by tabithabouldinauthor

1 thought on “Review: An Unexpected Redemption”